Resilience, defined as the ability to recover from failures, is a key requirement for cyber-physical systems (CPS); especially critical systems such as power networks. Traditional approaches relying on redundancy and design diversity leave the system vulnerable against common mode failures and latent software faults. Thus, CPS have to integrate online systems health management, i.e., online anomaly detection, fault-source(s) isolation, and when possible, recovery from failures. During this presentation we will describe the latest techniques developed by our teams for integrating systems health management into cyber-physical systems like transportation networks and power networks. The key idea is to produce unsupervised classifiers for efficient online anomaly detection, use combined model-driven and data-driven techniques for fault-source isolation and design a systems architecture that is built from ground up for a highly resilient, hierarchical fault management scheme. The key idea is to make each layer robust such that faults from the layer below it cannot propagate to the layer above and cause a failure. The layer above can assume certain behavior about the layer below and if that is violated, the layer below should inform the layer above. During the discussions we will show examples from the domain of transactive energy, aircraft, and transportation networks to illustrate the methodology. 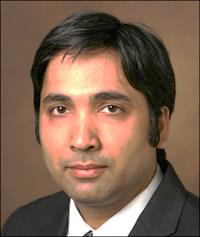 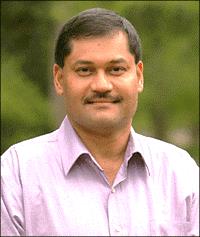 Dr. Abhishek Dubey is an Assistant Professor of Electrical Engineering and Computer Science at Vanderbilt University, Senior Research Scientist at the Institute for Software-Integrated Systems and co-lead for the Vanderbilt Initiative for Smart Cities Operations and Research (VISOR). His research interest is secure and resilient operation of cyber-physical systems with an emphasis on transportation and power networks. He is a senior member of IEEE and he has published over 100 peer-reviewed articles. His key contributions include a robust software model for building cyber-physical applications, along with spatial and temporal separation among different system components, which guarantees fault isolation. Previously, he has developed techniques for diagnosing cyber-and physical faults in breaker assemblies in transmission lines and developed a privacy-preserving proof of concept-distributed system for peer-to-peer energy exchange. He currently manages three National Science Foundation Grants as a PI: Integration Platform for Human Cyber-Physical Systems in Smart Cities, Social Computing Platform for Multi-Modal Transit, and Secure and Trustworthy Middleware for Smart and Connected Communities. He has been a co-PI on two large DARPA grants: System F6, System of Systems Integration Technology and Experimentation and one AFRL program called Resilient Software Systems, which resulted in a software toolchain for designing and managing large ad hoc mobile computing networks. Abhishek completed his PhD in Electrical Engineering from Vanderbilt University in 2009. He received his M.S. in Electrical Engineering from Vanderbilt University in August 2005 and completed his undergraduate studies in electrical engineering from the Indian Institute of Technology, Banaras Hindu University, India in May 2001.

Dr. Gautam Biswas holds an Endowed Chair – he is a Cornelius Vanderbilt Professor of Engineering, Professor of Computer Science and Computer Engineering in the EECS Department, and a Senior Research Scientist at the Institute for Software Integrated Systems (ISIS) at Vanderbilt University. He has an undergraduate degree in Electrical Engineering from the Indian Institute of Technology (IIT) in Mumbai, India, and M.S. and Ph.D. degrees in Computer Science from Michigan State University in E. Lansing, MI. Prof. Biswas conducts research in Intelligent Systems with primary interests in hybrid modeling, simulation, and analysis of Cyber Physical systems, and their applications to diagnosis, prognosis, and fault-adaptive control. As part of this work, he has worked on fault diagnosis and fault-adaptive control of secondary sodium cooling systems for nuclear reactors, automobile engine coolant systems, fuel transfer systems for aircraft, Advanced Life Support systems and power distribution systems for NASA. He has also initiated projects in health management of complex systems, which includes online algorithms for distributed monitoring, diagnosis, and prognosis. More recently, he is working on data mining for diagnosis, and developing methods that combine model-based and data-driven approaches for diagnostic and prognostic reasoning. This work, in conjunction with Honeywell Technical Center and NASA Ames, includes developing sophisticated data mining algorithms for extracting causal relations amongst variables and parameters in a system. For this work, he received the NASA 2011 Aeronautics Research Mission Directorate Technology and Innovation Group Award for Vehicle Level Reasoning System and Data Mining methods to improve aircraft diagnostic and prognostic systems. In other research projects, he is involved in developing simulation-based environments for learning and instruction. He is a Fellow of the IEEE and a Prognostics and Health Management (PHM) Society Fellow.

Reinforcement Learning (RL) is an effective way of designing model-free linear quadratic regulator (LQR) controller for linear time-invariant (LTI) networks with unknown state-space models. However, when the network size is large, conventional RL can result in unacceptably long learning times. In this talk I will present some recent results on how we can resolve this problem by developing an alternative approach that combines dimensionality reduction with RL theory. The approach is to construct a compressed state vector by projecting the measured state through a projective matrix, which is constructed offline using probing signals. This matrix can be viewed as an empirical controllability Gramian that captures the level of redundancy in the open-loop network model. Next, a RL-controller is learned using the compressed state instead of the original state such that the resultant cost is close to the optimal LQR cost. The talk will end by highlighting the potential use of this method, with associated benefits and challenges, for wide-area control of power systems.

Aranya Chakrabortty received his BE degree from Jadavpur University, Kolkata, India (2004) and his MS and PhD degrees from Rensselaer Polytechnic Institute, Troy, New York, in 2005 and 2008, respectively—all in electrical engineering.  From 2008 to 2009, he was a postdoctoral research associate at the University of Washington, Seattle. From 2009 to 2010, he was an assistant professor of electrical and computer engineering at Texas Tech University, in Lubbock. Since 2010, he has been a faculty member of the Electrical and Computer Engineering Department at North Carolina State University, Raleigh, where he is currently an associate professor, and also affiliated to the NSF FREEDM Systems Center. His research interests are in all branches of control theory with applications to electric power systems. In 2011, Dr. Chackrabortty received the NSF CAREER Award.