Watch the Replay on Google Drive

Archive of Past Recordings 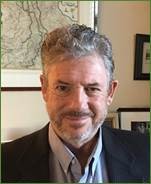 WSU/PNNL Nuclear Science and Technology Institute. Washington State University and Pacific Northwest National Laboratory have had long standing, yet informal, research collaborations in the general area of the nuclear sciences. In order to build upon and further develop these interactions, the WSU/PNNL Nuclear science and Technology Institute (NSTI) was formally created as a joint venture between the two institutionsinAprilof2018. InthistalkIwillpresentanoverviewofNSTIincludingthestrategiesthat are being used to facilitate new research collaborations and new research collaborations workforce development. While many of our initiatives center around the complementary nuclear facilities, the Dodgen Nuclear Science Center with its TRIGA reactor (WSU) and the Radiochemical Processing Laboratory (PNNL), the breadth of the general area of nuclear science presents further opportunities as well as inherent challenges to collaborations.

Small Modular and Advanced Reactor Research, Development and Demonstration (RD&D): Implications for Electrical Grid and Plant Scale Energy Systems. The U.S. Department of Energy (DOE) Advanced Reactor Demonstration Program announced in October 2020 two awards directing funding towards accelerating commercialization of innovative nuclear reactor technology. These awards comprise supporting demonstration of the TerraPower/GE-Hitachi Natrium sodium fast reactor (345 MWe) and the X-Energy Xe-100 high temperature gas-cooled reactor (80 MWe), both to be operational within a seven-year time frame. Both of these demonstrations are being considered for siting adjacent to Energy Northwest’s Columbia Generating Station in Richland Washington, the only operating commercial nuclear reactor in the Northwest. In a separate process launched in 2014, Utah Associated Municipal Power Systems is planning to site a plant at Idaho National Laboratory Site, comprising twelve NuScale Power light water modular reactors (77 MWe per module), estimated to be operational by 2029. Such reactor designs are advantageous for a number of reasons, including allowing for more flexible operation and integration into regional electricity systems as low-carbon base load and for load-following. These reactors can also potentially be used in energy storage and industrial applications, including hydrogen production. Washington State University and its regional partners host unique research and education assets that can be applied to advancing such innovative nuclear reactor technology, including addressing reactor grid integration and industrial applications at various scales, which align with current DOE hybrid energy systems research. Engagement in such RD&D also aligns with Northwest regional trends in promoting low carbon electricity generation and transportation futures.

Dr. Boncella received his BA in chemistry from the College of Wooster, Wooster, OH and his PhD in inorganic chemistry from the University of California, Berkeley, working under the mentorship of Dick Andersen. After a two-year post-doc fellowship with Malcolm L. H. Green at Oxford University, UK, he joined the department of Chemistry at the University of Florida in 1986. There he developed research programs in organometallic chemistry and metal catalyzed polymerization reactions and was promoted through the ranks to full professor in 2000. Dr. Boncella moved from UF to Los Alamos National Laboratory in 2003 where his research was focused on organoactinide chemistry, fuel cell membranes and catalysis, chemical origins of life and national security applications. He was a deputy group leader and elected a Fellow of the American Chemical Society in 2017 and a Los Alamos National Laboratory Fellow in 2018. He joined the faculty at Washington State University in August 2019 where he is a professor in the department of Chemistry and the Director of the WSU-Pacific Northwest National Laboratory Institute for Nuclear Science and Technology. He was named a PNNL Fellow in 2020.

Mr. Hagood has worked throughout his career advancing research and innovation programs in the energy, environment and water resource fields working primarily in the Northwest and overseas. Mr. Hagood most recently retired from Battelle Energy Alliance, where he was engaged primarily in program development at Idaho National Laboratory (INL) associated with applied research in renewable, fossil, and nuclear energy, hybrid energy systems, energy storage and electric vehicles. Mike also led efforts for INL in developing western regional energy initiatives. Building on his unique skillset and experience, Mike is currently assisting the WSU Office of Research and WSU Tri Cities in developing strategic partnerships and collaborations to enhance the WSU research and education missions. Mike is a registered geologist in the state of Washington. Both Mike and his artist-wife, Denise, relocated back to Washington state in 2019 and reside in Richland.